Just in time for the Football Season

This three-bedroom, two-bathroom town house is newly refurbished and is in brand new condition. The entry level offers the open plan living space, with modern kitchen and stone bench tops, huge living/dining space, laundry and powder room. Downstairs is has three large bedrooms with built in robes, bathroom and ensuite to the master. There is also an open air terrace connecting two of the rooms.

The building itself was formally known as the New Boundary Hotel, with the construction date preceding 1895 (possibly as early as 1860). The building is noted as being one of the few corner commercial buildings in East Melbourne and the only 19th century hotel.

The town house is in cheering distance to The Hallowed Turf (aka the MCG) and tennis centre, is within walking distance to Melbourne’s major galleries, performance venues, city shopping and best foodie streets.

Be the envy of your friends and rent the lifestyle in East Melbourne.

Inquire about this property

At Nicholson Real Estate we offer 60 years experience in inner city Real Estate with a different approach to marketing Real Estate. We are conscious of the fact that most people only go through the selling experience only a handful of times in a lifetime, 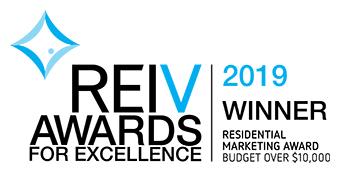 Proud to announce that Nicholson Real Estate have been officially crowned the 2019 winners for the Residential Marketing Award for budget over $10,000.